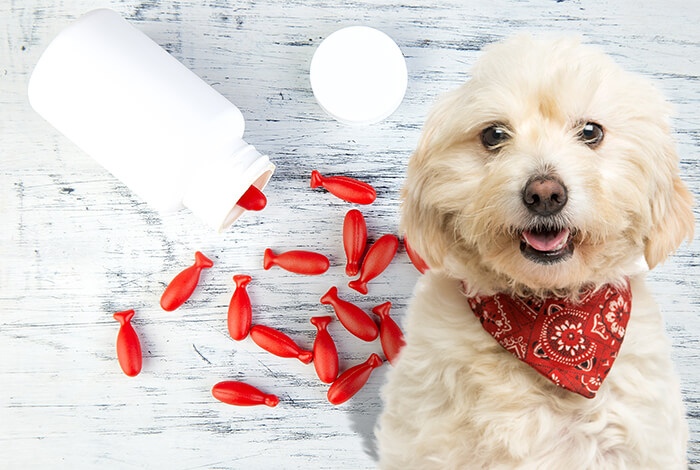 Krill oil for dogs is known for its omega-3 rich content that mitigates skin allergies, strengthens the cardiovascular system, and fortifies the joints. We looked into its top 5 health benefits and potential drawbacks to help dog owners decide if they should include krill oil in their dog’s diet.

What Is Krill Oil?

Different from fish oils, krill oil is made from small crustaceans with a shrimplike appearance called krill. These tiny creatures are commonly found on the coastline of Antarctica, Canada, and Japan.

Krill oil supplements have become popular among pet owners due to the several health benefits they offer to dogs and cats. You will know more about these as you continue reading.

What does krill oil do for dogs? Krill oil is an excellent source of omega-3 fatty acids, particularly docosahexaenoic acid (DHA) and eicosapentaenoic acid (EPA) that dogs need. It is also rich in free-radical-fighting antioxidants.

Let us take a closer look at the many health benefits your pooch can acquire from krill oil: 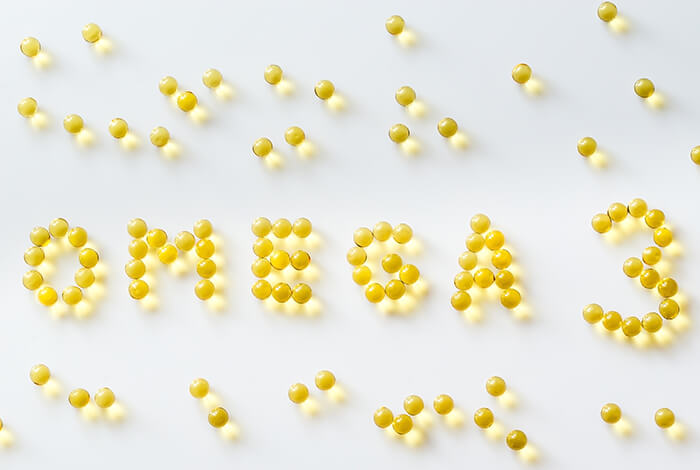 Phospholipid is more tightly packed than triglyceride. This means it can easily pass through your dog’s intestinal wall cell membrane, which gives it a higher omega-3 absorption rate.

Thus, your pooch will more likely reap all the health benefits of omega-3 krill oil for dogs compared to salmon oil.

2. Protects and Boosts the Immune System

This makes it a powerful antioxidant that can greatly help eliminate free radicals from your dog’s body, especially older dogs. This ability also improves his immunity against several health problems, which we will discuss below.

Krill oil’s EPA and DHA fats, along with its antioxidants, keep your dog’s heart healthy and improve its function. They also work together to reduce cholesterol and blood pressure levels as well as improve blood circulation.

This lowers the dangers of heart problems such as stroke and heart attack. Moreover, it also enables the proper transportation of oxygen and essential nutrients throughout the body.

4. Good for the Joints

As we mentioned above, krill oil for dogs supports good cardiovascular function and proper blood circulation. This enhances your dog’s joint health as they will receive all the nutrients needed to keep them strong.

The antioxidative properties of krill oil for dogs play a part in maintaining strong joints. Because it fights off and reduces free radicals in the body, your dog will have lower chances of suffering from weakened joints.

Most importantly, the phospholipid omega-3s in krill for dogs lessens food cravings. Thus, dogs are less likely to overeat, preventing obesity that may cause canine arthritis.

Using krill oil for dogs with allergies will help alleviate inflammation caused by their bodies’ reaction to foreign irritants in their bodies. The omega-3 fatty acids’ anti-inflammatory properties handle this problem.

Using krill oil for dogs with itchy skin also does well soothing irritated skin. Dermatological conditions such as hotspots and dandruff caused by allergies are alleviated too, thanks to its omega-3 for dogs. Overall, this promotes healthy skin and coat in pooches.

Overall, this helps prevent the deterioration of the skin and coat quality in dogs.

Krill Oil for Dogs Side Effects 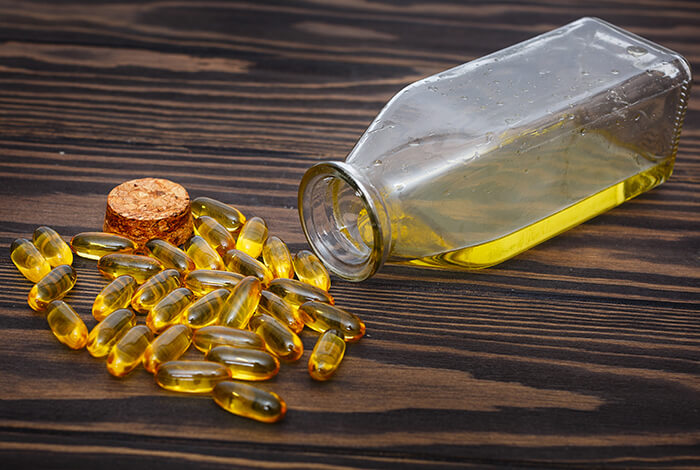 There are a few minor and major concerns about krill oil’s side effects not only on pooches but also on the environment. Here are the most common issues about krill oil for dogs:

Currently, the appropriate dosage of krill oil for dogs remains undetermined. Dog owners should be mindful of how much they give to their canine companions.

Krill oil for dogs is rich in omega-3 fatty acids, which are believed to regulate blood sugar levels. On the contrary, research shows that administering large amounts of omega-3 fats can cause the opposite effect.

It can suddenly increase blood glucose levels. For this reason, it is not a good idea to add krill oil to a diabetic dog’s diet.

Excessive consumption of krill oil for dogs can alter the platelet function. This is caused by the oil’s high levels of omega-3 fatty acids. As a result, it can thin your dog’s blood and slow down wound healing.

Dogs set to undergo surgery should not be given krill oil since it can disrupt their body’s blood-clotting ability.

Many people claim that krill oil is a sustainable source of omega-3 fatty acids. Unfortunately, as the demand for krill oil grows, this possibility dwindles further.

Krill fishing is commonly carried out in Antarctica. The Commission for the Conservation of Antarctic Marine Living Resources (CCAMLR) oversees krill fisheries in the area.

As of now, the annual krill harvest produces about 300,000 tonnes, the precautionary catch limit is set at 5.6 million tonnes, and the total estimated krill biomass is 60.3 million tonnes.

While it is believed that catching this much Antarctic krill does not affect the ocean’s ecosystem, in the long run, it will. Many concerned environmentalists warn that krill fishing competes with animals in the Antarctic waters.

For instance, krill is a food source of whales, and around 2–5 tons of them are eaten by these marine mammals. That makes 794 million tons a year. This along with krill fishing might wipe out the whole species of these tiny crustaceans.

5. At Risk of Chemical Contamination

Many dog owners ask, “Is krill oil poisonous to dogs?” No. Proponents state that krill is less likely to absorb toxins because it belongs at the bottom of the food chain. Thus, although krill and fish oil are both good sources of omega-3 fatty acids, krill oil is safer than fish oil.

However, some critics raised concerns about the rising demand for krill oil, which leads to more fishing. This can result in the contamination of krill with chemical pollutants, toxins, and heavy metals.

To find a safe krill oil for dogs, select a brand with the yellow seal of NASC (National Animal Supplements Council). This organization inspects pet supplement manufacturers and ensures that the product is safe and of high quality.

How Much Krill Oil Is Safe for Dogs?

The ideal dosage of krill oil for dogs will depend on its concentration of essential omega-3 fatty acids. 75-100 mg of combined EPA and DHA per kilogram of body weight is the recommended amount for dogs.

So a 15-kilo (30-pound) dog will need around 1,125-1,500 combined EPA and DHA from krill oil. Keep in mind that different products contain different amounts of omega-3s. Make sure to read the product description to know how much combined EPA+DHA each krill oil for dogs offers.

Can I Give My Dog Krill Oil Made for Humans?

No, we do not recommend giving your dog krill oil for humans. Supplements made for humans may contain added ingredients that are dangerous for your pooch.

Another important point to remember is that human krill oil and dog krill oil dosages differ. Giving the wrong dose may be ineffective and may also trigger unwanted side effects. Thus, it would be safer to stick to using krill oil capsules for dogs. 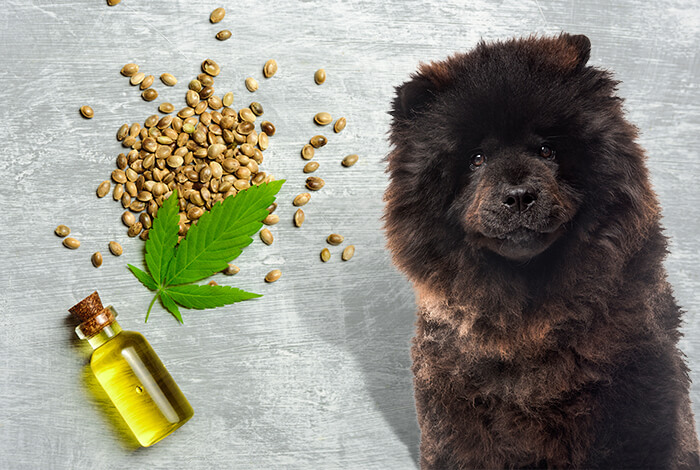 Hemp oil for dogs is a popular dietary supplement due to its health benefits. 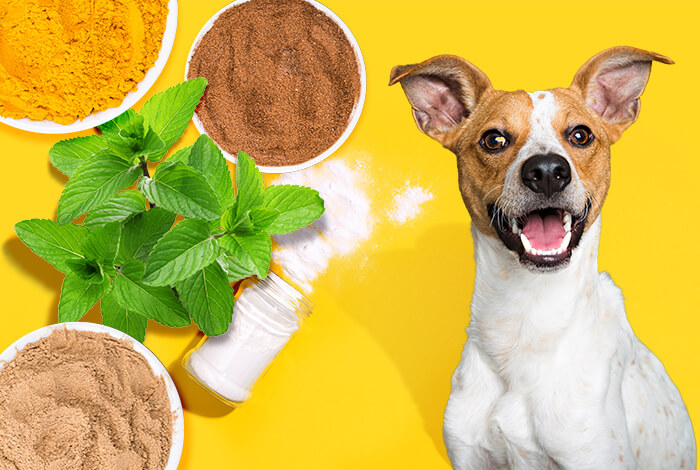 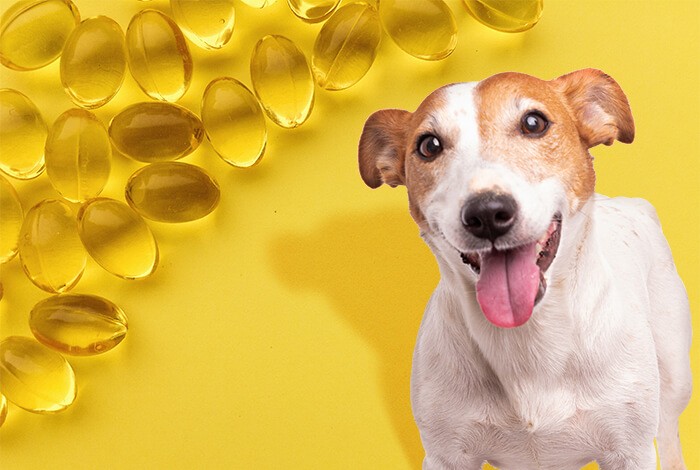 Pros and Cons of Fish Oil for Dogs

Fish oil for dogs is a good source of omega-3 with a wide range of health benefits.