Can Dogs Eat Ham? Is It a Good Protein Source? 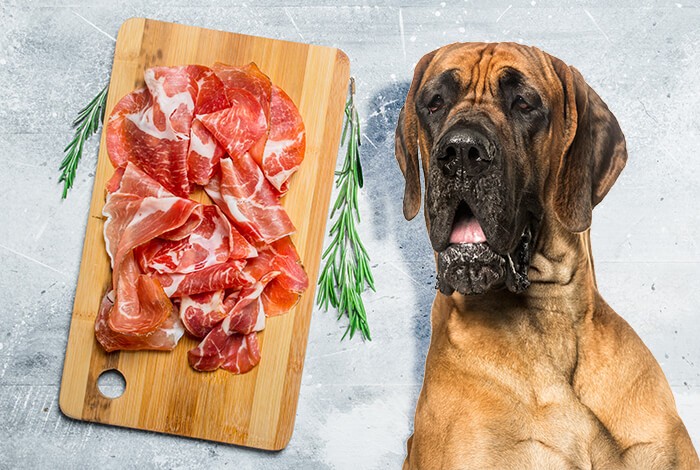 Ham can be given to dogs but in moderation. While meat is a good protein source, processed meat such as ham has a low nutritional value and is high in fats and sodium. Overconsuming can lead to many health issues in dogs.

Why Is Ham Unhealthy for Dogs?

Most dogs love ham. However, this processed meat is unhealthy for dogs because of many reasons. Here are the most common issues when you include ham in your dog’s diet:

Sodium is not entirely bad for dogs, so long as their intake is minimal. However, large amounts of salt can cause renal and kidney problems. Excessive sodium consumption can also lead to toxicity.

Ham usually undergoes a curing process wherein it is treated with brine loaded with sodium. In some cases, processed ham contains preservatives made up of sodium-based nitrates and nitrites.

Ham has high-fat content. It is also high in calories, putting dogs at risk of obesity and heart problems.

The high-fat content in ham is bad for the intestinal tract as well. Consuming too much of this human food can result in stomach upset in dogs.

In worst cases, pancreatitis may develop. It is a gastric problem that causes inflammation in the pancreas. If not treated, this can lead to the formation of cancerous pancreatic tumors. 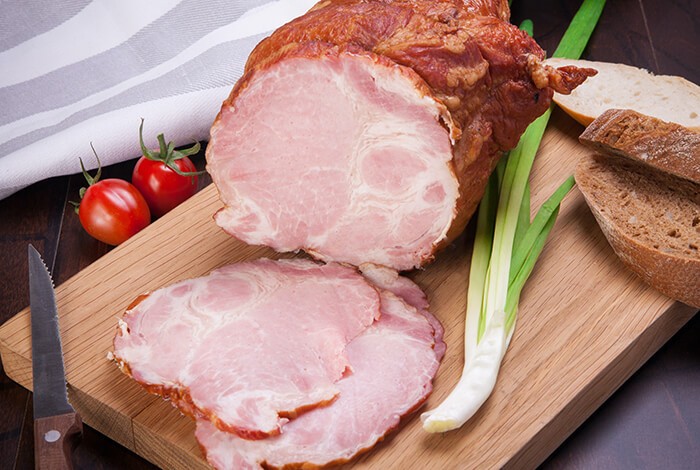 Although ham is a source of protein, it is difficult for dogs to digest. Thus, it does not offer many beneficial nutrients for dogs.

There are other sources of protein that are better options for dogs. Unprocessed Lamb, chicken, and beef have the most digestible proteins for canines.

In Danger of Bacteria Contamination

Ham sourced from unreliable suppliers may contain harmful bacteria such as Clostridium botulinum. It can cause a fatal disease in dogs called botulism.

Processed hams are also at risk of bacterial contamination. Trichinella spiralis, Staphylococcus aureus, and molds are the most common bacteria found in this type of meat.

What Happens if a Dog Eats Ham?

Giving dogs small amounts of ham once in a while will not cause any harm. However, allowing them to overeat is a different matter as it can lead to the development of various health problems.

Can ham kill a dog? No, ham itself cannot kill a dog. But health complications may arise if it is fed to him too frequently or in large quantities.

What Types of Ham Can Dogs Eat? 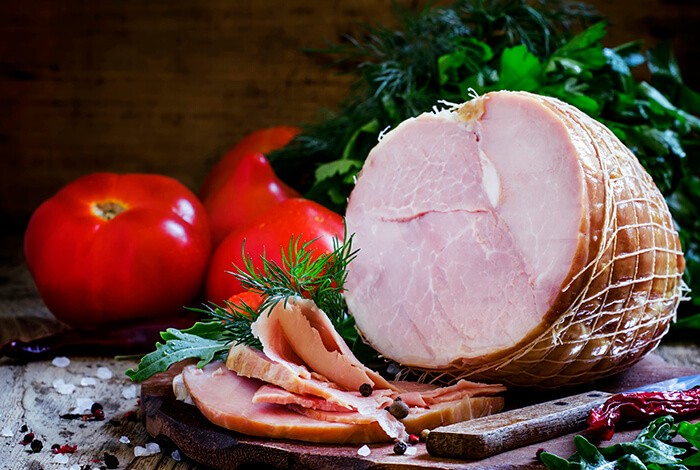 Ham can be cooked and prepared in different ways.

No. Raw ham bones are dangerous for dogs since they are more brittle compared to other bones. As a result, they can easily splinter when chewed and can cause damage to your dog’s mouth and teeth.

Choking and impaction can occur if large ham bones are swallowed. Both dangers can land your dog in the emergency room. 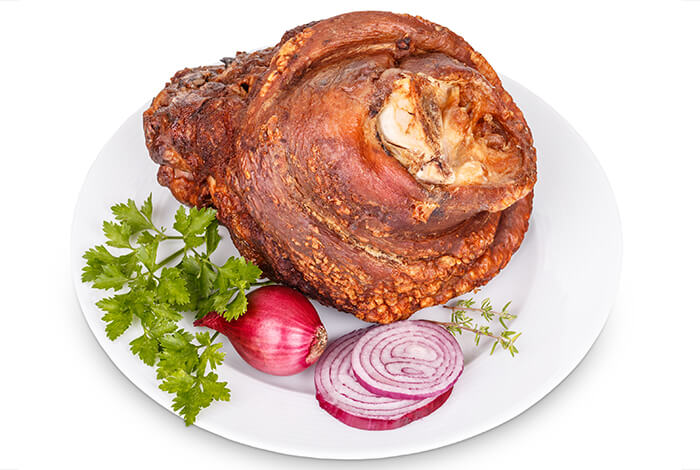 No. It is not safe for dogs to eat cooked ham bones or any cooked bones. They are more likely to break when chewed. The dangers are similar to raw ham bones. Thus, avoid feeding them to your furry companion.

Yes, dogs can eat cooked ham so long as it has undergone minimal processing. This guarantees that it contains less sodium and preservatives.

Only share plain ham with your dog in moderation. Avoid hams with additional ingredients such as garlic or chili, as they can upset the dog’s digestive tract.

Can Dogs Have Ham Hocks?

No. Ham hocks are bad for dogs. The cooking process softens the bones, allowing them to splinter easily. Broken pieces of bones can lead to dental problems, choking, and internal damage in dogs.

Yes, turkey ham is okay for dogs as it is leaner compared to pork ham. Opt for organic turkey ham. Natural nitrates from vegetables such as celery or beets are primarily used as preservatives in this type of ham.

It is safer compared to chemically produced preservatives. But, as always, feed in moderation to avoid excess fat and sodium ingestion.

No. Feeding your dog honey-baked ham is a bad idea. It is loaded with sugar, sodium, fat, and preservatives, which are unhealthy for dogs.

Watch out for hams with different flavors, such as garlic and spicy, which could potentially cause health complications if consumed excessively.

How Much Ham Can You Share with Your Dog? 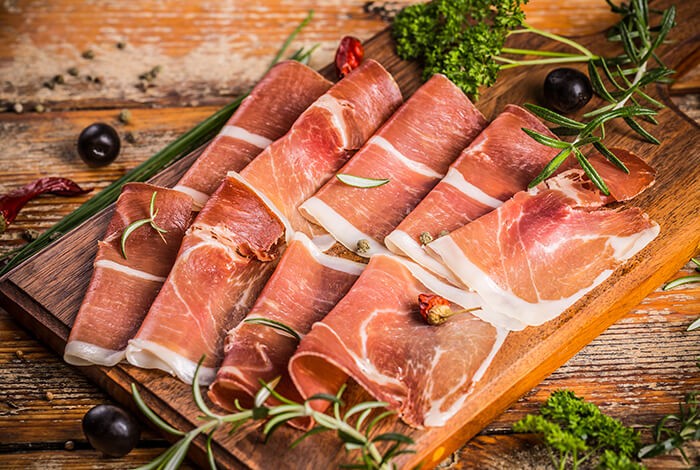 Allow your dog to eat no more than 1–2 small pieces of ham. Keep in mind that it should be rarely offered to him to reduce the risk of health problems.

Soak the ham in water for 1/2 hour before serving them to your dog. Doing so will remove excess salt.

Always watch out for adverse effects after feeding your dog ham. Below are the common symptoms to be wary of:

Keep ham out of your dog’s meals if he suffers from these side effects. If these symptoms persist for more than 24 hours, take him to the vet for treatment. 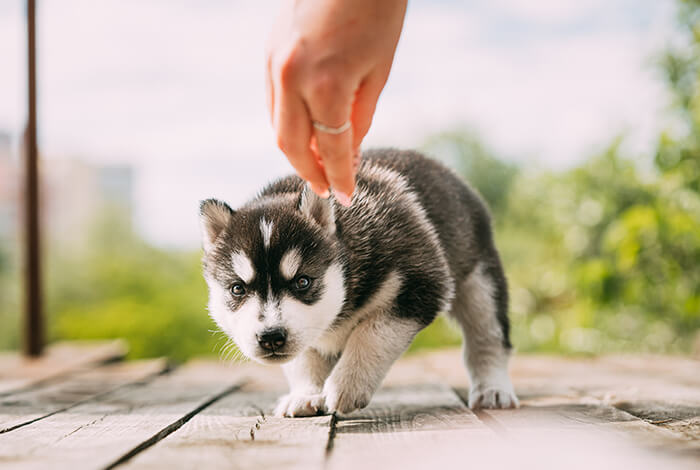 No, ham is not a good snack for puppies. Young dogs have more sensitive stomachs than full-grown pooches. Thus, fatty meats like ham can easily trigger vomiting, diarrhea, and stomach upset in puppies.

Keep in mind that ham has low nutritional value. Therefore, puppies cannot benefit from having it in their diet.

What Meat Can Dogs Eat? 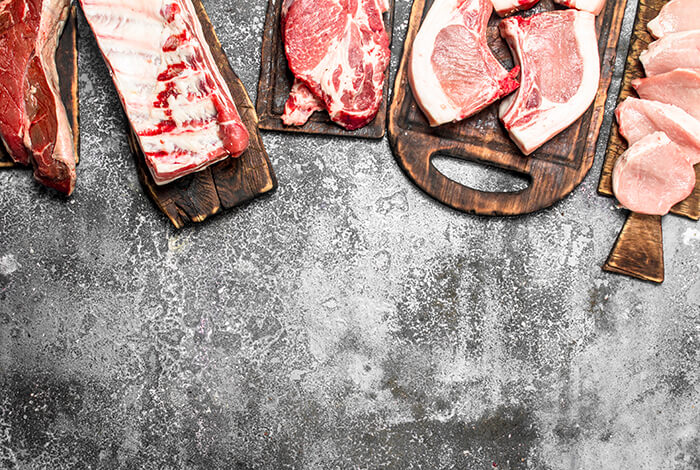 Meats rich in animal proteins are the best choices for dogs, such as chicken, lamb, and beef. Some dogs may be allergic to these meats. Fortunately, novel protein sources such as kangaroo, venison, and bison are available for their consumption. They are less likely to trigger allergic reactions and can provide the protein dogs require. 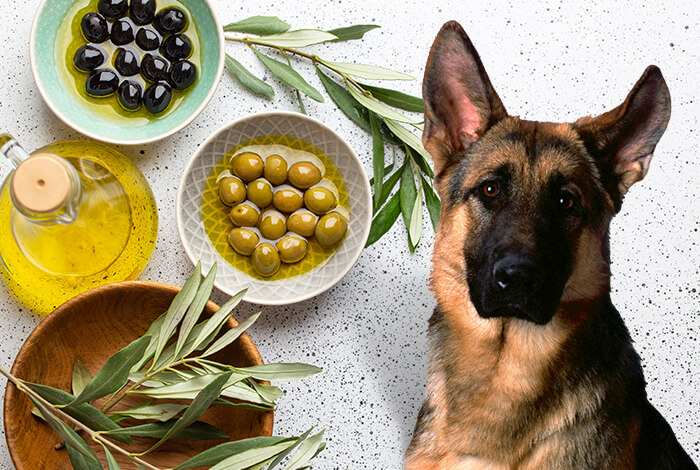 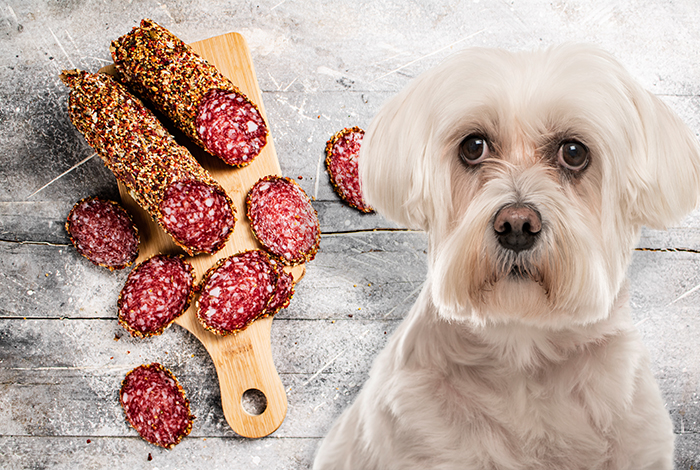 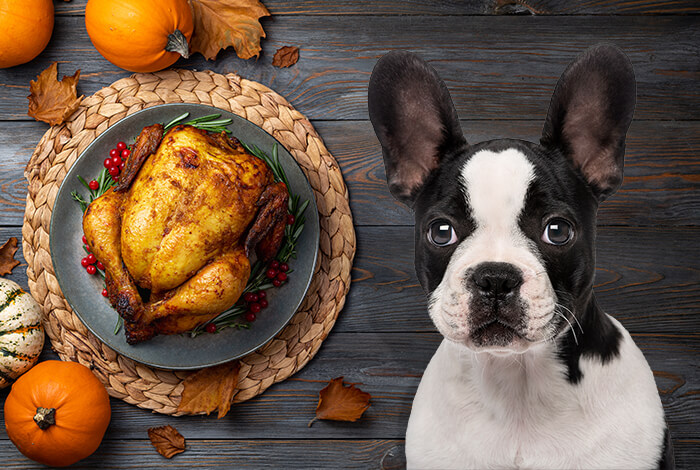 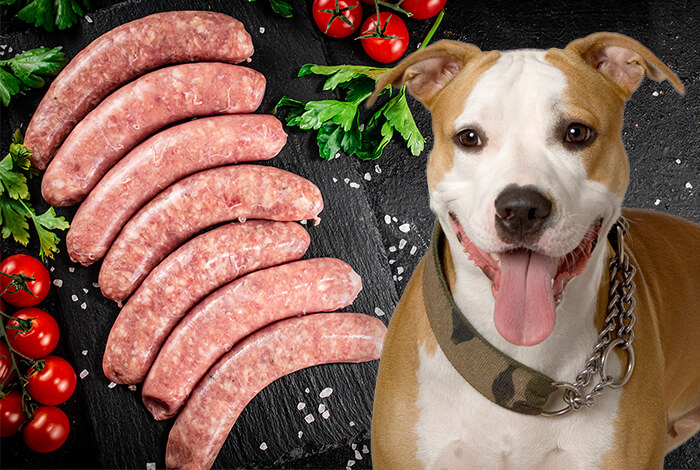 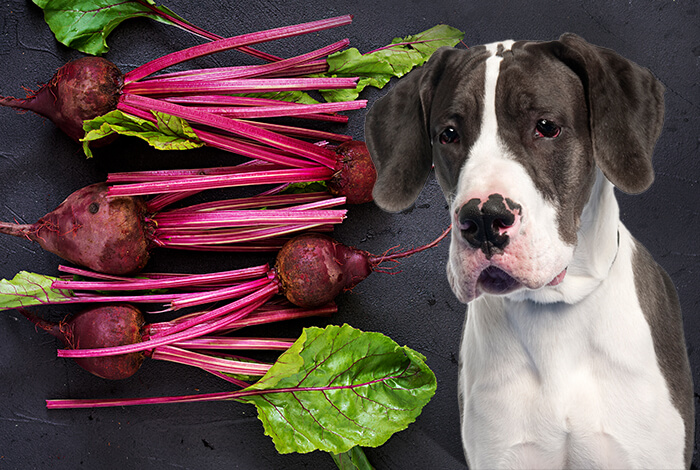 Can Dogs Eat Beets? Are Raw Beets Safe for Dogs?

Discover what beet varieties should not be fed to your dog and why.

Can Dogs Eat Beets? Are Raw Beets Safe for Dogs?

Discover what beet varieties should not be fed to your dog and why.