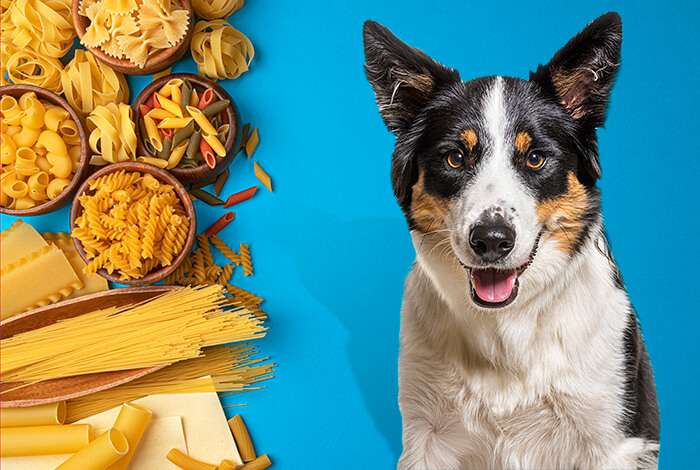 Can dogs eat pasta? Yes, dogs can eat plain pasta, but it isn’t the healthiest food option for them. Pasta contains a lot of carbs and calories, which can contribute to unhealthy weight gain in dogs.

If you plan on feeding your dog pasta, you’ll need to put more thought into the types of pasta to pick for him. Let’s have a look at all the options out there.

Choosing the Right Pasta for Fido 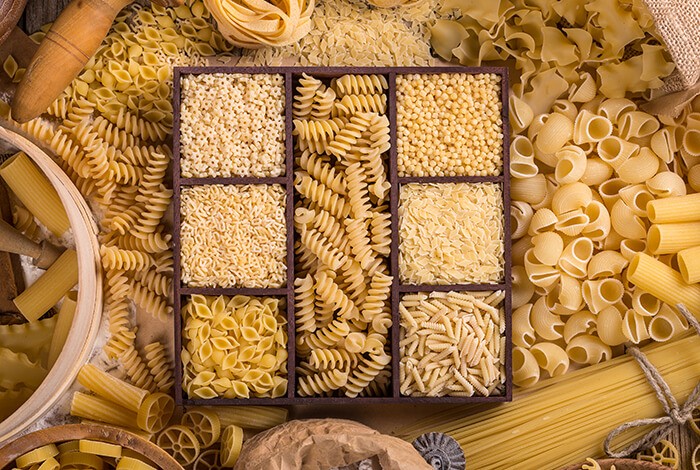 The best practice for picking pasta for your dog is by checking its ingredients. Pasta made with whole grains is the most suitable option for our dogs.

Whole grain pasta contains more nutrients and fiber and fewer carbohydrates and calories than other types. Whole grain pasta is a low-glycemic-index food that is less likely to cause a sudden spike in blood glucose levels.

Now that we’ve established the best type of pasta for dogs, what about other pasta varieties?

White grain pasta is one of the most popular types of pasta. It isn’t necessarily bad for dogs. However, since white grains go through a refining process, most nutrients are stripped off. As a result, white grain pasta doesn’t provide much nourishment for dogs.

If you are a fan of grain-free food, you may be thinking, ‘What about chickpea pasta and lentil pasta for dogs?’ According to studies, grain-free dog food that contains lentils and chickpeas, which are used as grain replacements, is linked to heart disease in dogs. Therefore, this type of food should be fed in moderation and small quantities.

Watch Out for Doggy Allergies

Pasta made from grains and wheat may cause food allergies and sensitivities in some dogs. This can trigger various symptoms, such as hotspots, rashes, upset stomach, obsessive licking, and skin and ear infections.

Avoid including grains or wheat pasta in your dog’s diet if he is allergic to either to prevent allergic reactions from cropping up.

Can Dogs Eat Pasta Sauce? Beware of Its Deadly Effects 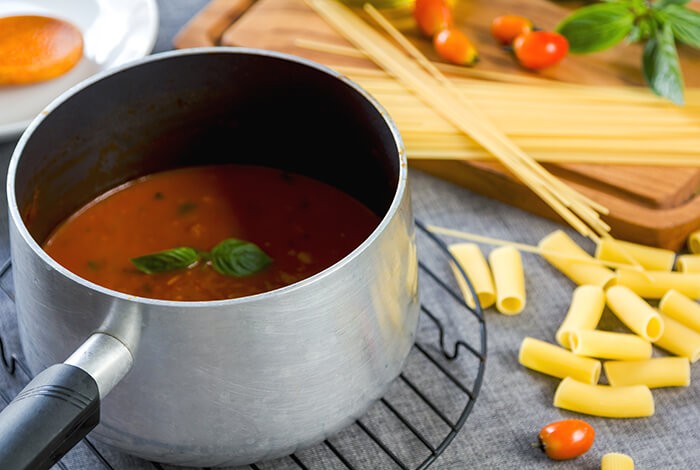 Nope, store-bought pasta sauce is unhealthy and lethal for dogs. It often contains onion or garlic, which are highly toxic to dogs. These ingredients can cause poisoning and hemolytic anemia if ingested in large amounts.

Off-the-shelf pasta sauces are high in salt, which can then cause sodium poisoning. It can also trigger many health problems, such as neurological issues, which often accompany toxicity. These are often characterized by dizziness and seizures.

Oregano is another common ingredient in pasta sauces that is harmful to dogs. It is a gastrointestinal irritant that can cause vomiting and diarrhea. Other herbs and spices in pasta sauces, such as basil and black pepper, have the same effect on dogs if consumed in large amounts.

Some pasta dishes, like baked macaroni, often contain generous amounts of cheese. However, whilst cheese is a delicious treat for dogs, too much of it is bad for his health. It can lead to weight gain, digestive system problems, and the development of cardiovascular diseases. Cheese can also trigger food allergies and sensitivities in some pooches.

Can Dogs Eat Raw Pasta? Or Is It Dangerous for Them? 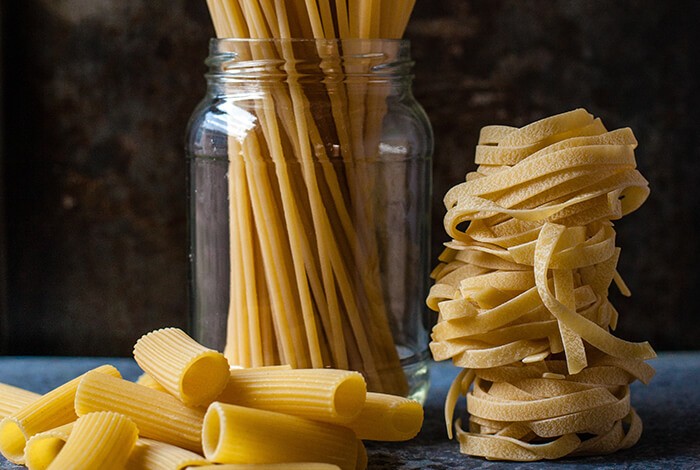 Since raw pasta is usually made of eggs, flour, and water, it is okay for dogs to consume it in small amounts. However, if your dog overeats uncooked pasta, he is at risk of suffering from digestive problems such as diarrhea, vomiting, and constipation.

Avoid giving raw pasta to your dog as much as possible and opt for cooked pasta instead. Its hard texture can cause choking in dogs. Smaller breeds are more at risk of having a choking accident as they have small windpipes. Be careful with cylindrical pasta with pointy ends, as this may scrape your dog’s mouth or esophagus and cause bleeding and injuries.

How Should Pasta Be Served to Dogs? 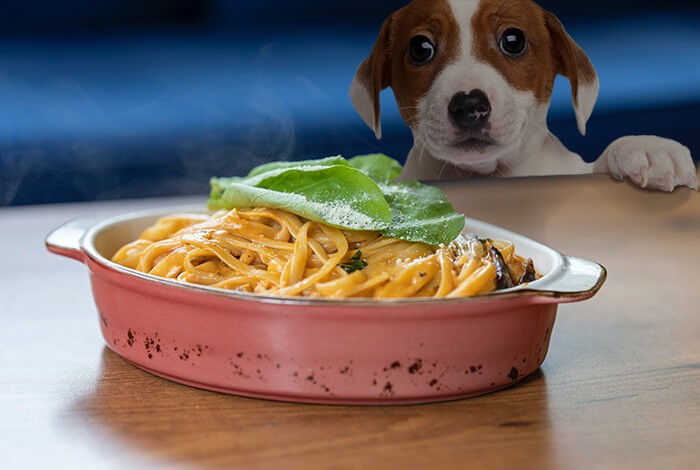 Store-bought sauces and cheese usually contain ingredients that are toxic to dogs. So, that leaves you with one choice: make it yourself. The serving size should not be more than 1-2 cooked pasta a week. If your furry pal consumes too much, he might gain extra weight or suffer from digestive problems. 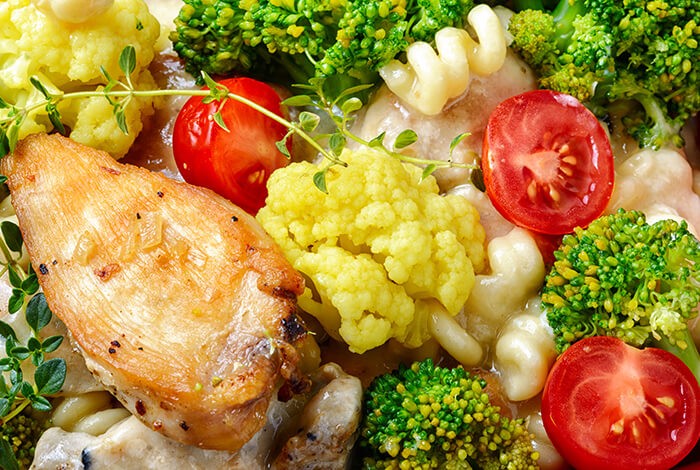 Plain pasta can be a bit boring for some of our furry friends. If your pet is one of them, here’s one way of spicing up plain pasta for him. 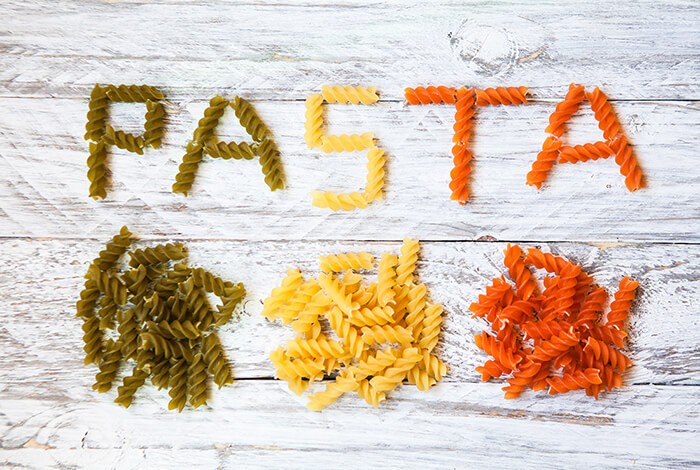 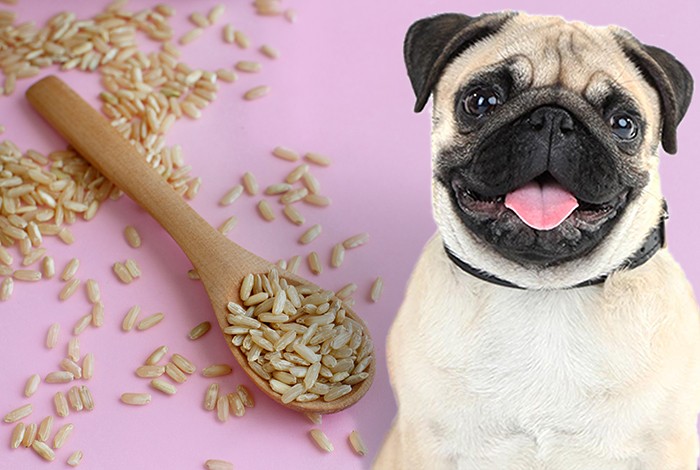 Brown rice has many health benefits to offer dogs, but can dogs have it regularly? 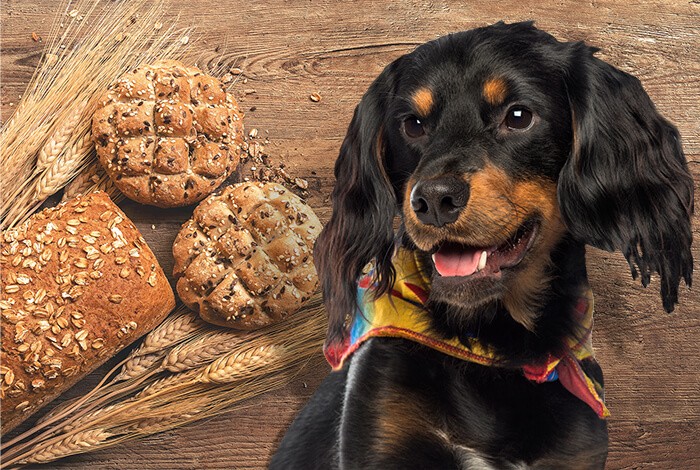 Can Dogs Eat Bread? What Bread Varieties Are Bad for Dogs?

Don’t carelessly share bread with your dog. Some could cause serious health issues to your pet.