Can Dogs Eat Raisins? What Makes Them Deadly To Dogs? 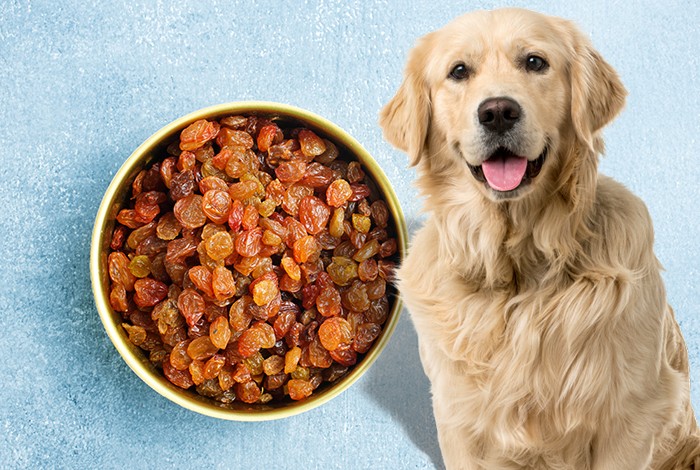 Can dogs eat raisins? No. Raisins are one of the most dangerous human foods for dogs. Raisins should never be given to dogs, as consuming these sweet snacks may lead to life-threatening consequences. 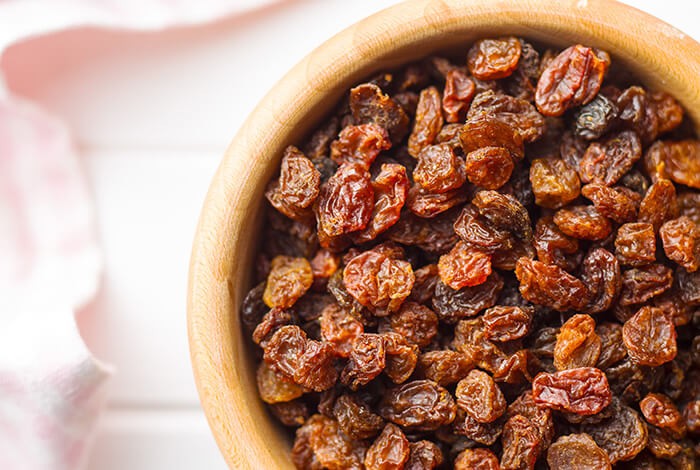 All varieties of raisins, including red, green, and seedless, are toxic to dogs. If your dog ingests even a small amount of the dried fruit, it can cause raisin toxicity and kidney damage.

In severe cases, it may lead to acute kidney failure and death. It remains unclear what substance in raisins makes them toxic to dogs. However, experts have drawn a few theories that are believed to have caused this condition.

Some suspect that grapes and raisins contain mycotoxin. It is a poisonous substance produced by mold or fungus. Experts observed that Madin-Darby canine kidney cells, which are cultured in labs, are quite susceptible to a handful of mycotoxins. This makes this theory a plausible idea.

Others think that salicylate is naturally present in raisins. It is a compound found in plants commonly used to make aspirin and other pain-relieving drugs. Researchers assume that salicylate decreases blood flow in the kidney, causing renal damage.

So, no raisins, but can dogs eat grapes? 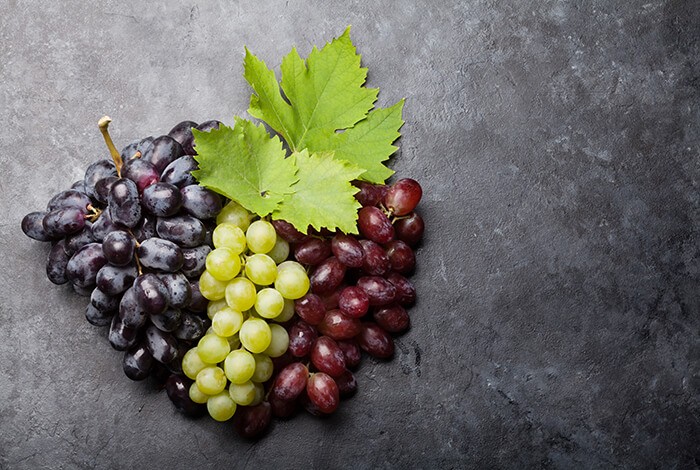 Since grapes are the fresh fruits of raisins, it is not difficult to understand that the fruit is toxic to dogs also. If eaten, it can induce grape toxicity, so keep it away from your dog. Avoid giving him grape-flavored food products from stores and restaurants as well.

These include grape juice and other human foods containing the fruit.

How many raisins are toxic to dogs? 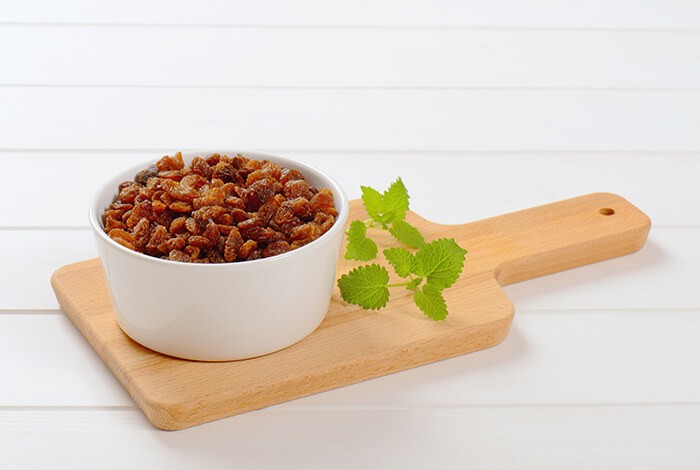 There are reports that the lowest poisonous dose of raisins is approximately 3 g/kg. One raisin weighs an average of about 0.5 g. Therefore, it would take 6 raisins to cause poisoning.

For example, if your dog weighs 5 kg, ingesting 30 raisins will likely cause raisin toxicity. A dog weighing 30 kg will need to eat 120 raisins for the poisoning to occur.

However, another report shows that an 8.2 kg dog died after eating only 4 to 5 grapes. This suggests that the number of raisins, which can cause toxicity, may vary from dog to dog regardless of their size.

How many raisins can a dog eat? 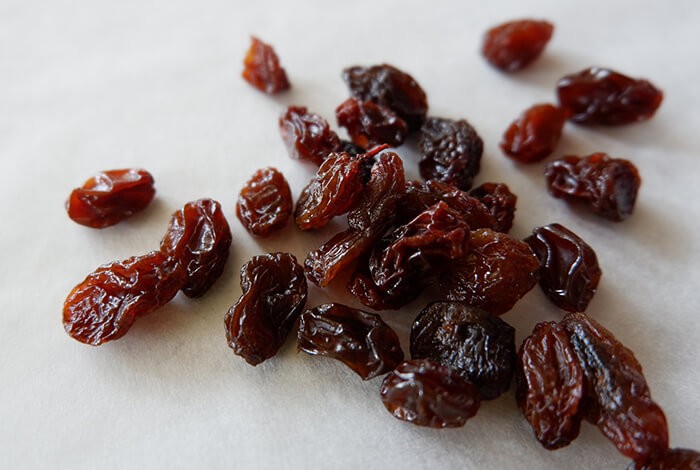 No set raisin quantity is safe for dogs to eat. It is best not to take any chances with this food. So, never share raisins with your dog, even if he makes puppy eyes at you.

Look for other safe and healthier alternative treats for him instead.

How long after eating raisins will a dog get sick? 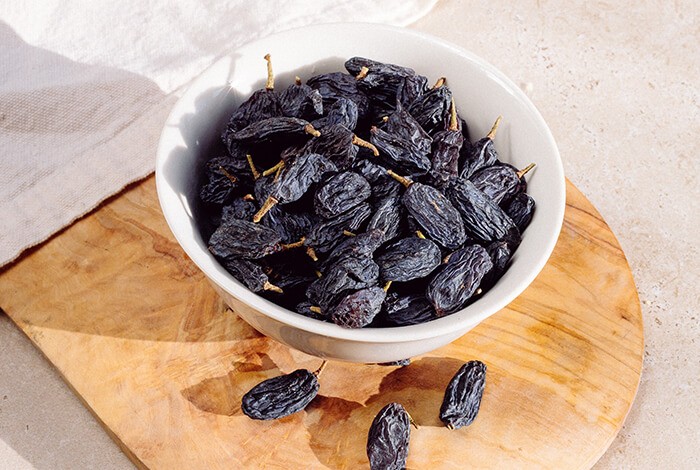 If a dog has eaten raisins, the early symptom of toxicity, which is vomiting, will occur within 24 hours after ingestion. In the next 12 to 24 hours, other clinical signs will begin to appear, such as lethargy, appetite loss, and diarrhea.

More severe symptoms may occur around 24 to 48 hours after your dog ate raisins, such as:

Without proper treatment, this can ultimately lead to sudden kidney failure, high blood pressure, and coma. It is important to note that in some cases, dogs do not show any symptoms until it is too late.

What to do if your dog eats grapes or raisins 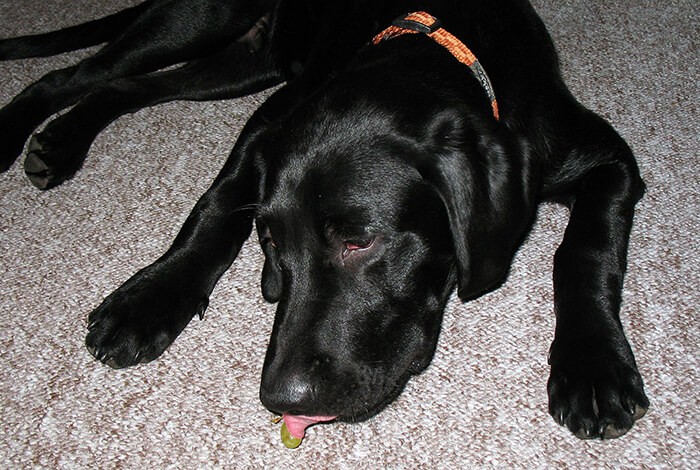 Experts observed that it takes time for a dog’s stomach to digest grapes and raisins. This gives you more time to seek treatment once the clinical signs appear. Here are some things that you can do if your dog accidentally ingests raisins:

Contact the vet and inform them about your situation. Seek veterinary advice on what to do.

They may advise inducing vomiting in your dog. To do this, measure 1 ml of 3% hydrogen peroxide per pound of your dog’s weight. However, it should not go beyond 45 ml regardless of his weight.

Then, squirt hydrogen peroxide into the back of your dog’s mouth. You can use a needleless syringe or turkey baster to do this. Bring your dog to the vet immediately after your dog vomits.

If your dog is unconscious, in shock, or experiencing breathing difficulties, do not induce vomiting. This also applies if you are unsure that he has eaten raisins.

If you think your dog ate raisins, contact your veterinarian. They will be able to give suggestions on how to provide immediate treatment for your dog.

How do vets treat dogs with raisin toxicity?

The first step the vet will take is to induce vomiting. This removes the raisins from your dog’s stomach. Gastric lavage may also be necessary to wash out the toxins from his digestive tract. The vet may also use activated charcoal and laxatives for the same reason.

After that, your dog will most likely need intravenous fluids to maintain proper hydration. He will then be closely monitored by the vet to ensure that his condition is stable.

They might give him medications to control his vomiting and blood pressure and to aid proper blood flow in the kidneys. Blood testing will be done to look for signs of kidney problems and renal stress.

The length of the treatment will depend on how bad the toxicity is. If your pet only experienced mild raisin poisoning, he can go home after 24 to 48 hours. For serious cases, it can take more than a week of hospitalization.

How to prevent grape and raisin poisoning in dogs 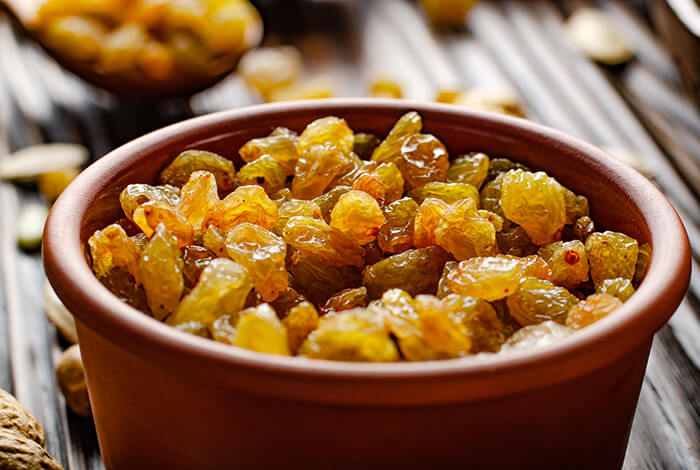 Toxicity is a very alarming condition. It is always best to take precautionary measures rather than put our pets in danger.

Here are some tips that pet owners can follow:

What fruits are safe for dogs? 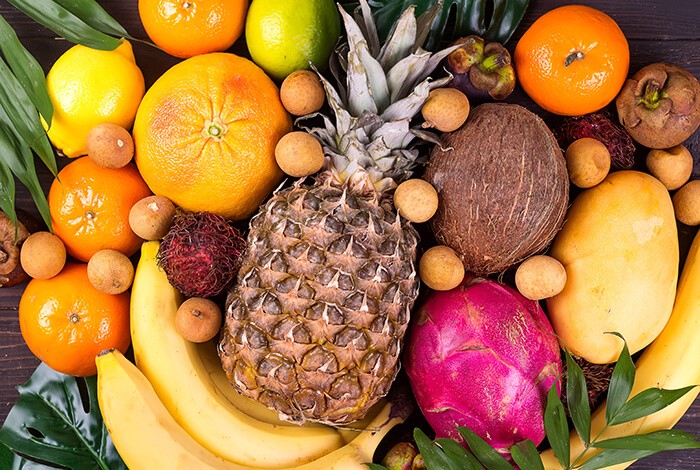 Raisins and grapes may not be the best fruit for our furry friends. On the brighter side of things, there are countless fruits that dogs can eat, including: 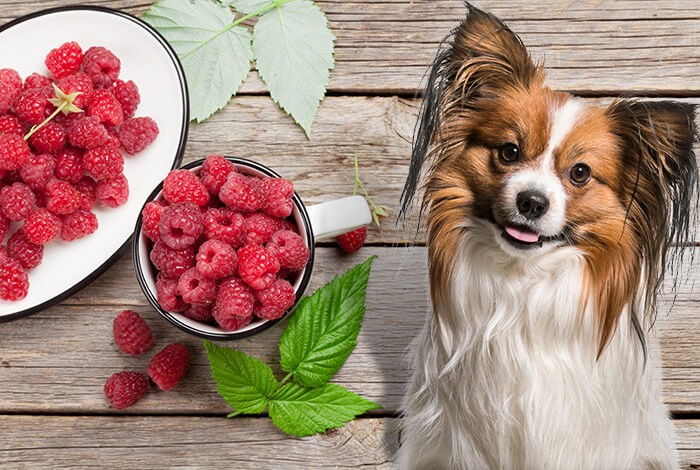 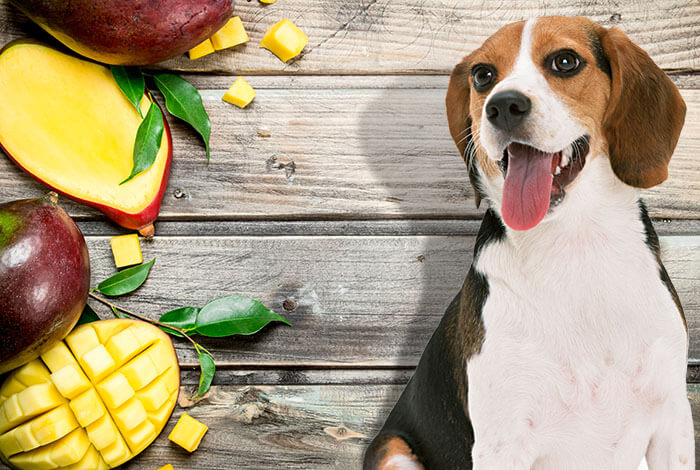 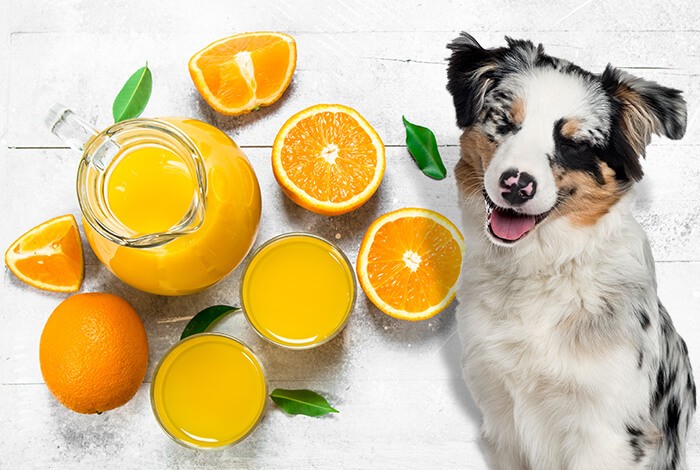 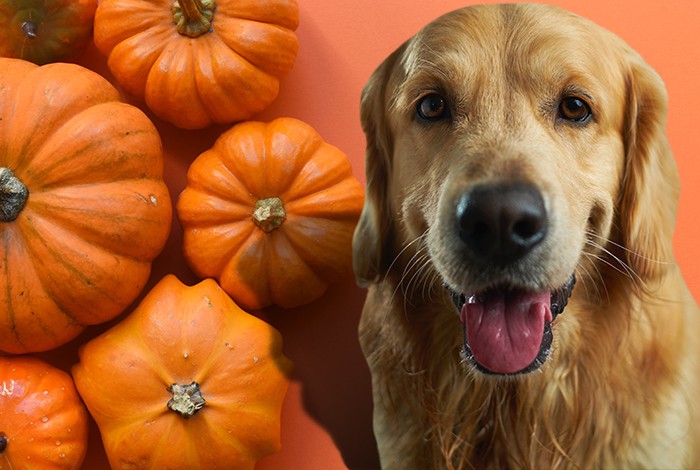 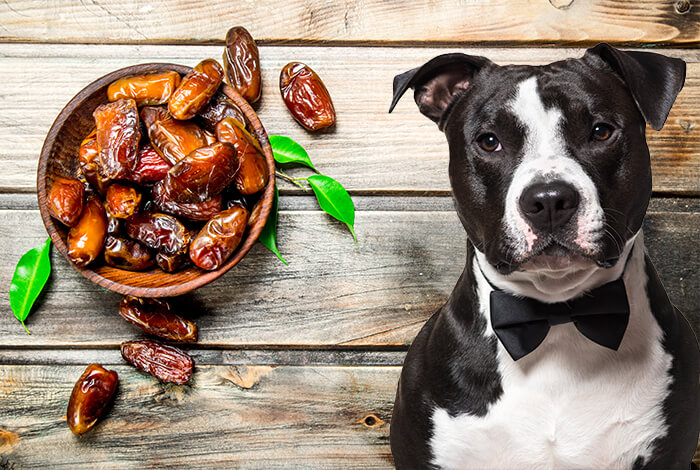 Discover the dos and don’ts of feeding dates to dogs. 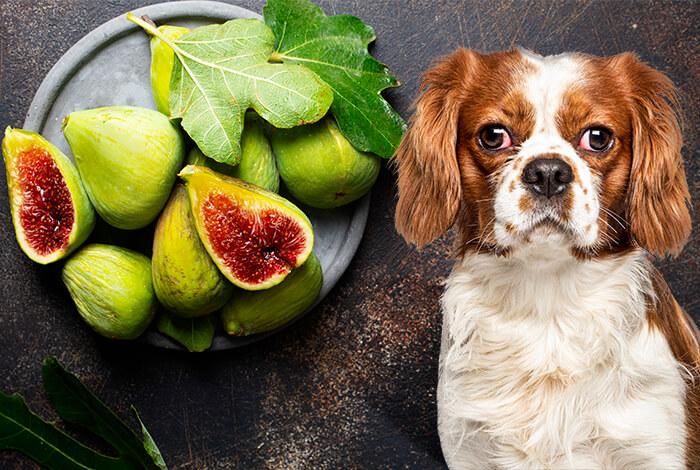 If dogs can eat figs, then what is fig poisoning? 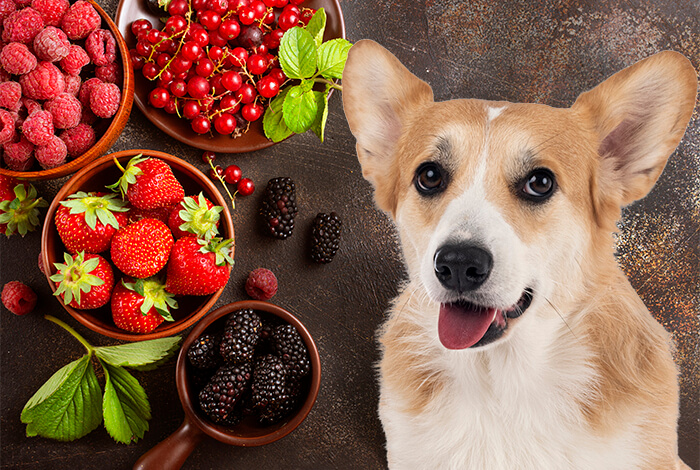 Watch out! Theses 14 types of berries that can put your dog's life in danger. 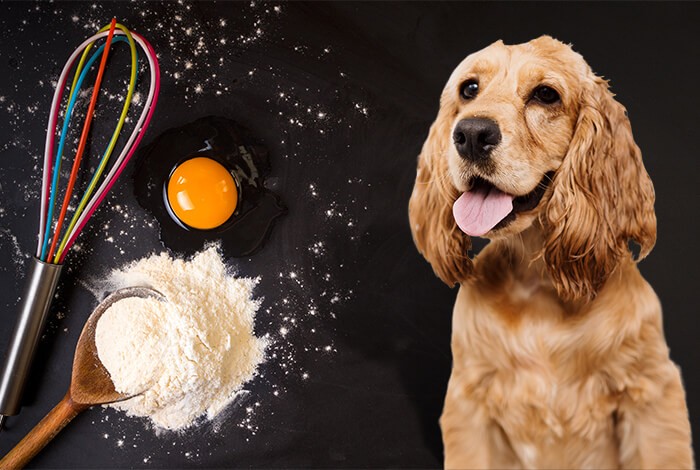 Discover the dos and don’ts of feeding dates to dogs.

If dogs can eat figs, then what is fig poisoning?

Watch out! Theses 14 types of berries that can put your dog's life in danger.